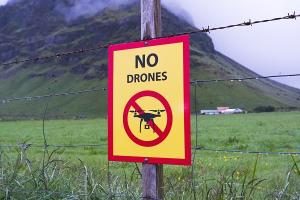 Imagine that you are on the board of a condominium association to which the developer has just transferred control. It’s a brand new community and the developer/builder has assured you that all the buildings are “fully compliant with the building code.”

This means you can be confident that the buildings are defect free and the construction quality is top notch. Right?

Myth Number One: All municipalities have building codes. In fact, many municipalities (some say as much as 40%) haven’t adopted codes specifying the construction requirements for residential and commercial buildings. It isn’t just tiny cities and towns that lack building codes; many larger cities have not yet adopted a comprehensive building code. In fact, it was the lack of building codes that triggered the rise of homeowner associations in some areas of the country, where developers saw a competitive advantage to creating communities with architectural and construction rules that didn’t exist elsewhere.

Myth Number Two: In municipalities that have a building code, all buildings comply fully with it. When an audience of builders is asked if anyone has built a home that complied completely with applicable building codes, no hands are raised. And you can be suspicious of any builders who claim otherwise. Building codes are thousands of pages long; they usually incorporate multiple national codes (governing fire safety and energy conservation, for example); they are filled with intricate, detailed specifications and requirements, and those requirements change frequently to reflect changes in national standards and improvements in technology, or in response to local tragedies highlighting the need for new protections. The local officials responsible for enforcing the code can’t possibly know all the details or keep up consistently with all the changes.

That’s why one home inspector we know advertises, “If I don’t find a code violation, you don’t owe me anything.” As far as we know, she’s never had to perform an inspection for free. This doesn’t mean that buildings are unsafe; it just means that they aren’t likely to comply with every detail of every building code requirement.

Some building code requirements aren’t requirements at all; they are characterized as “guidance” for the local enforcement officials (usually building inspectors), who have considerable discretion to determine the standards buildings must meet. They can choose to overlook some details while insisting on rigorous, down to the last quarter-of-an-inch adherence to others. To a great extent, compliance with the code is in the eyes of the inspectors enforcing it. There have been huge battles with building inspectors because of that. In one case, a letter from the National Fire Protection Agency confirmed that an installation to which a building inspector objected complied fully with the national fire safety standards. The inspector didn’t care. “I make the decision,” he said, “and I want it this way.”

Myth Number Three: Code Compliance Assures Construction Quality. Perhaps the most common myth about building codes is that a compliant building will be free of defects. Building codes are designed to ensure that structures are safe –that they will withstand strong winds, minimize fire risks and provide a generally safe environment for residents. The occupancy permit an inspector issues for a new or renovated building tells you that it meets the minimum safety standards the code requires; it tells you nothing about the quality of the construction, and it provides no assurance at all about how the building components will perform.

For example, a building code would specify the height of windows, the amount and type of insulation required, and the materials used on the roof. The windows may comply with the height requirements, but if they are installed improperly, the building won’t be water-tight. If the insulation isn’t installed properly, it won’t provide the protection and energy efficiency you expect. And if the transitions from one material to another on the roof aren’t sealed properly, the roof will leak. A building could comply with all the code’s safety requirements and still have serious design and/or construction defects. They may not be code violations, but they will almost certainly compromise the performance of the building.

Myth Number Four: The Building Code Applies to All Buildings. Buildings must comply with the codes in place when they were constructed or substantially renovated, but they don’t have to meet requirements added since. Sprinkler systems or wired-in fire alarms that are common today weren’t required 25 years ago. Their absence from older buildings may be a safety concern for you, but not necessarily a building code violation. The current code will apply, however, if an older building is substantially renovated or has to be reconstructed after a fire or other disaster. This could be a major concern for condominium owners, because a standard condominium insurance policy may only cover the cost of renovating or replacing the damaged building; it won’t pay to add features, such as sprinklers, that weren’t part of the original structure, and those costs can be substantial. ‘Ordinance or law’ coverage will provide that protection, but it isn’t usually part of a standard association insurance policy; it’s a separate endorsement that boards must request, and they should. Failure to have the coverage could result in a most unwelcome insurance surprise.